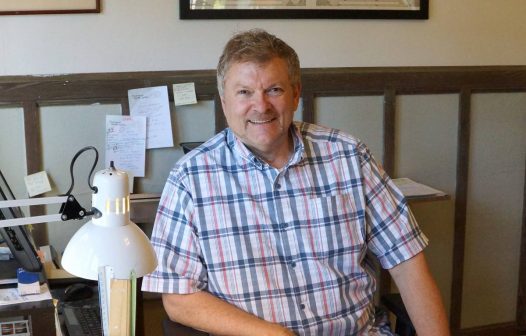 I was born and raised right here in Tacoma and I love living here. I am the father of 5, all have flown the nest now except for one still at home. I worked towards a Masters in Chemistry in college a long time ago but changed course in 1976 when I got my Real Estate Broker’s License. I’ve been in the Real Estate business here in Pierce County ever since.

I am a wise and fair businessman who cares about people. I balance concern for others with what my rental owners have hired me to do… take good care of their rental properties and collect the rents! I’m always fair, firm when I need to be and I try to listen carefully to people to better meet their needs.

It is my goal to give our customers the same service and treatment that I would want. Know this – if I wouldn’t want it done to me, I will not do it to you… It’s just that simple!

I ”do” management the way I think it should be done… good service for an attractive price! That is why Red Roof Rentals is so successful as a “Flat Rate” company. Big house or small, the management fee should always be affordable… as little as $95/month for many homes.

Why not let my 40 years of real estate management experience go to work for you today! 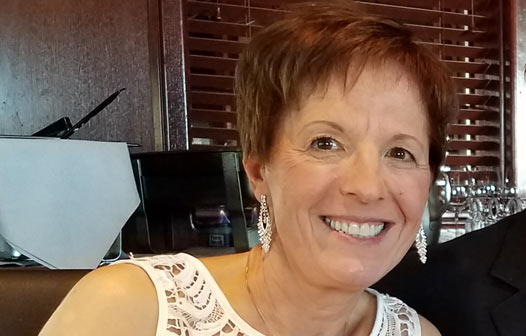 Before emigrating here from Belgium as a young woman, Daniela worked as a orphanage nurse caring for the children of incarcerated parents. This left an indelible mark of "caring" upon her that she carries to this day.

Then, after coming to the US in 1984, she worked for 25 years as the finance director of a tire local import/export business. Those years gave her complete knowledge of all aspects of business finance and customer relations.

Her early years caring for children PLUS all those years of business experience are the reasons why Daniela is someone that cares about people and also about the careful handling of their money.

These are the things that have so well prepared her for overseeing all the financial matters of Red Roof Rentals, LLC and we are fortunate to have her here.

Call Daniela if you have any questions about the financial side of property management.

This Craftsman style home was built by Henry and Jeanette Rau in the mid 1920's on Pacific Avenue, a sleepy single lane roadway then that has become one of the busiest commercial highways in the state today. A full restoration in 2015 returned this vintage residence to all of its original wood-trimmed glory for use as our business office. Remarkable skill is evident in its construction considering it was built at a time when caulking had not yet been invented ... everything was made to fit together tight and snug, which is why it stands strong to this day.

The Rau's and their 4 boys came to Washington from the Midwest, where Henry had an early career as a designer of small town train depots. With that in mind, if you look at the home from the front perhaps you can imagine the covered front porch as the waiting platform at a farm town train station, one of many designed by Henry Rau.

Once finished with building their new home, Henry and his 4 sons proceeded to build a very large chicken coop next door and began incubating eggs and selling new born chicks to local farmers. Apparently though, this work proved just a bit too tedious for industrious and ingenious old Henry, and it wasn't long before the chickens were gone and in their place was equipment to build the first thermostatically controlled electric egg incubators. The business thrived and they lived comfortably in the house that George had built.

In the late 1930's, the Rau's son Allen closed the family incubator business, remodeled the old chicken coops once again and, with his wife Hilda, opened RAU'S CLUB, a popular roadhouse restaurant. City dwelling Tacomans were encouraged to take the 8 mile bus ride out to RAU'S CHICKEN DINNER INN, where 400 diners could be served fried chicken and steaks at one time"! Helping grow their restaurant business was their proximity to the old Spanaway trolley line that ran down C Street just behind their property. This street car proved to be a boon to their business as weekenders returning from the pleasures of a Saturday afternoon at the lake could spend the evening enjoying a fried chicken dinner at "Rau's place", drinking a beer (or two) and dancing ... then proceed home on the last trolley back to Tacoma with the conductor as their "designated driver"!

Time passed (and so did Henry Rau on New Year's Day, 1940) and son Allen Rau sold the restaurant to Betty Vogel who continued the popular "chicken dinner road house" concept through the war years of the early 1940's, providing off-duty good times for many servicemen from nearby Fort Lewis. The spacious dining hall, formerly full of chickens, was also frequently full of local folks who, now in their 80's and 90's, have told me first hand stories of happy evenings spent eating and drinking at Betty Vogel's Chicken Dinner Roadhouse with their friends.

At some point the restaurant was closed for good and in the 1950's the restaurant building was demolished ... but Henry Rau's original house remained, and still does, at 14208 Pacific Avenue, a solidly built silent reminder of a bygone era when city friends would ride a street car out to a country road house restaurant to enjoy the best fried chicken in the county!

CHRONOLOGY OF THE RAU FAMILY 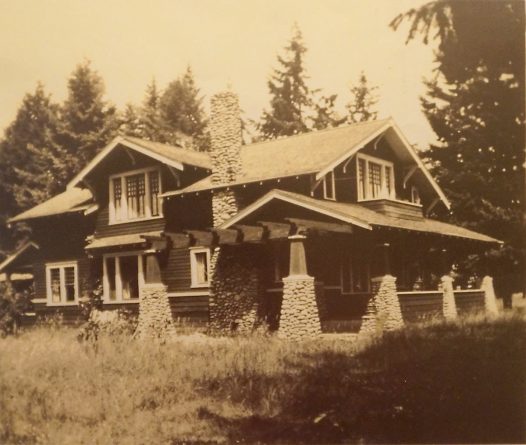 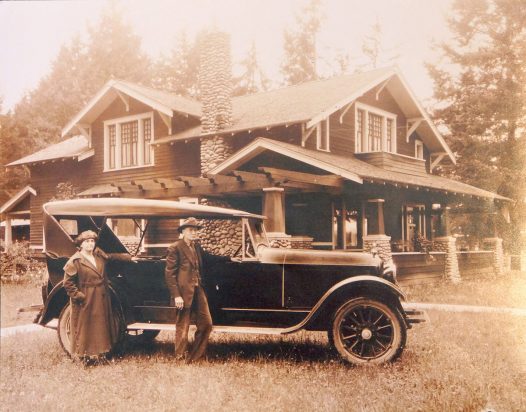 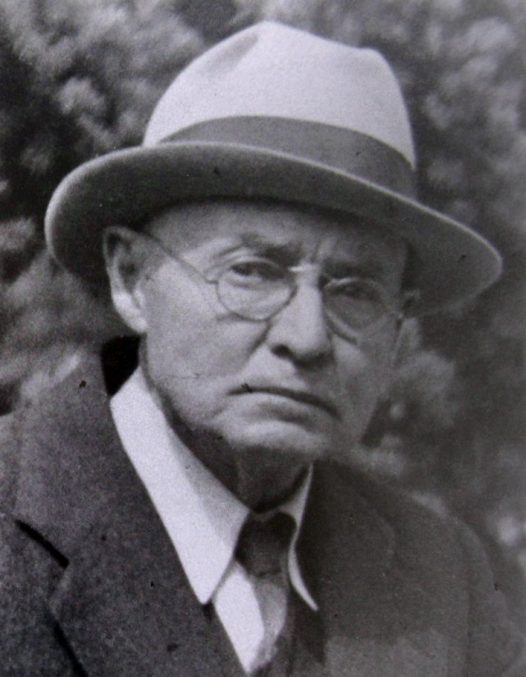 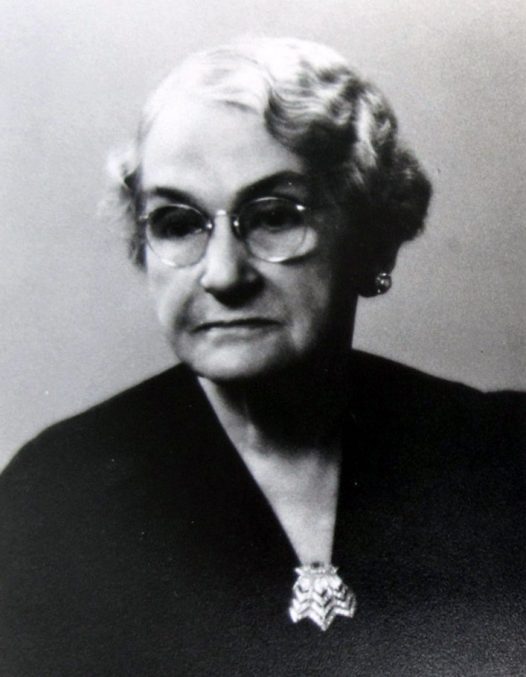 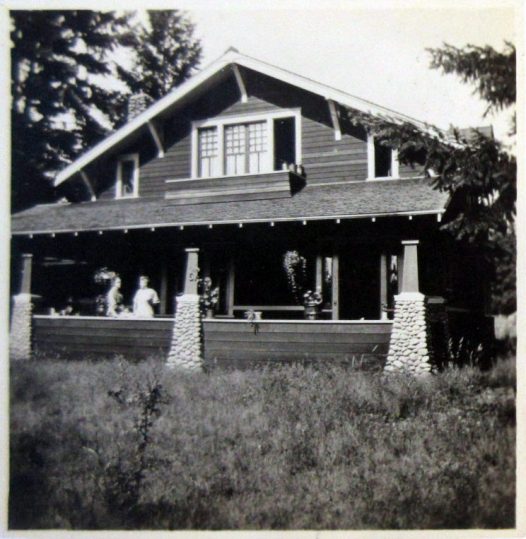 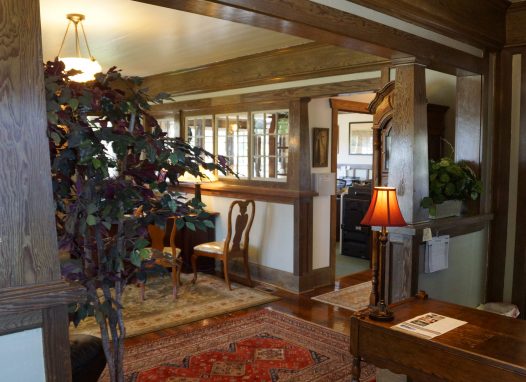 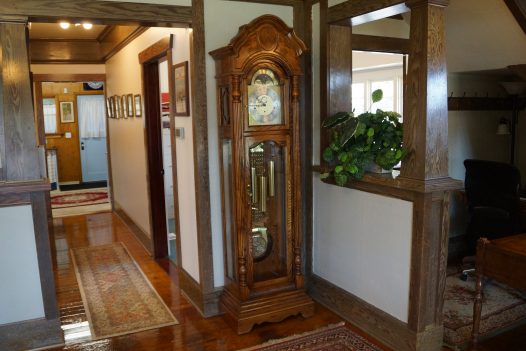 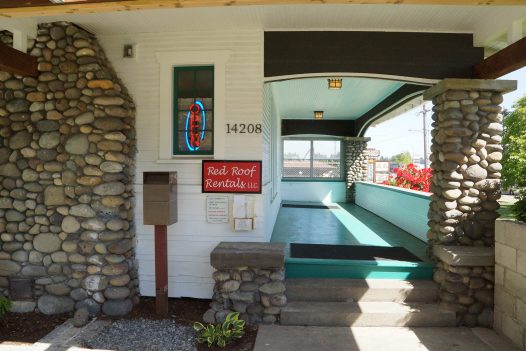 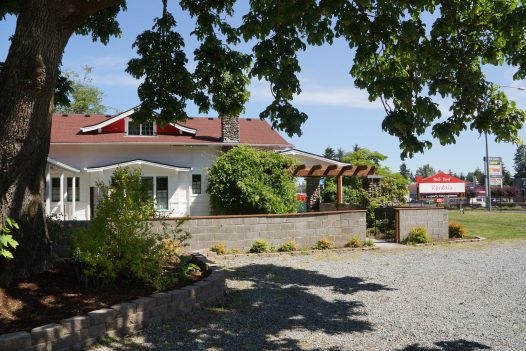 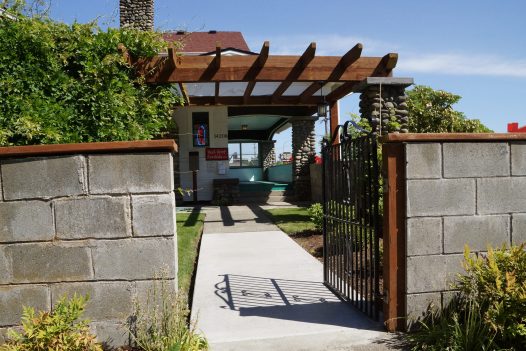 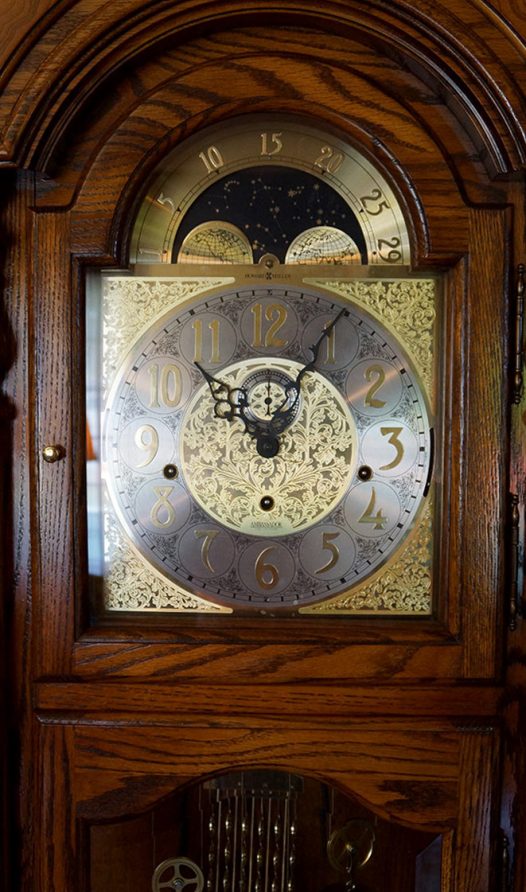 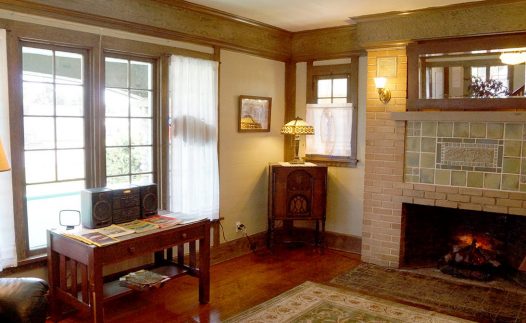 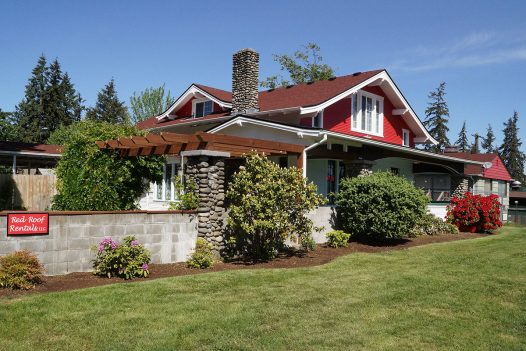